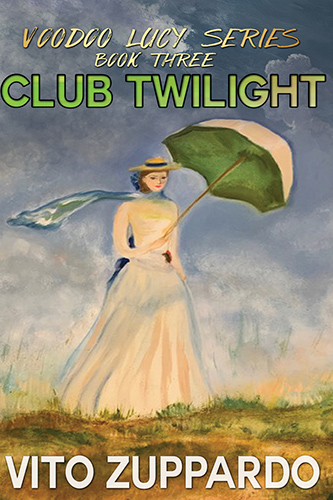 Travel the streets of New Orleans with those who live there. Lucy Jones, owner of Club Twilight and Le Salon, has her finger on the pulse of what’s going on throughout the city. She’s involved with drug dealer Felipe Cruz; shady politician Mayor Sam Algarotti, and New Orleans Police Department Detective Stella James, who wants to be more than a friend. Lucy is the legend that lives on as Voodoo Lucy. Some call Lucy a madam, a pimp, a hustler, and a voodoo gypsy—she doesn’t care. In her heart, she is making progress for the better in her own strange way. Her alternate personality, Lucinda, often tries to bring her own type of rough justice to the historic French Quarter. However, after much therapy, Lucinda mostly lives deep inside Lucy’s mind, only surfacing when Lucy is angry or unable to defend herself. Lucy is recognized as a powerful force in the French Quarter. She’s a women of wealth, but not everyone realizes that her money was made through dealing with corrupt drug dealers, crooked politicians, and creating her own responses to illegal activities. She helps the New Orleans community by operating Burdette House, a safe haven for abused women. Voodoo Lucy continues her legacy in Club Twilight, book three of the Voodoo Lucy series.